All you have to know about tsu.social (Tsū FAQ) 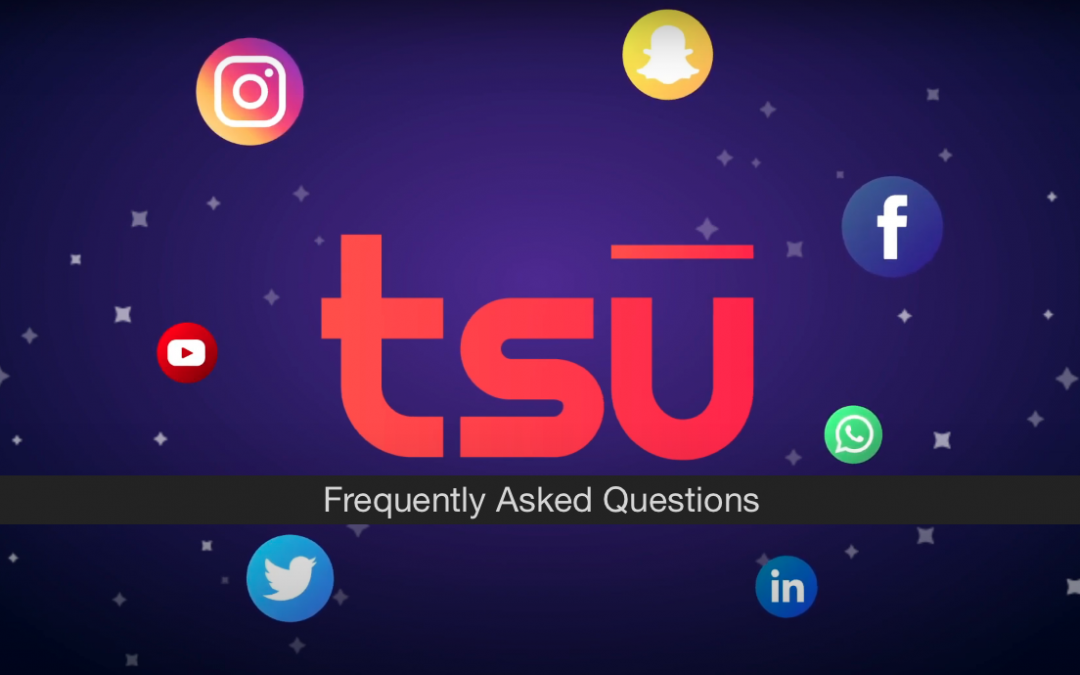 A lot of questions are coming about the new social media site / app, Tsū. It will launch soon so it worth to stay up-to-date. Let’s have a closer look on the Frequently Asked Questions of Tsū.social, the social that pays: lets scroll in the Tsū FAQ!

Tsū FAQ – the most common questions

What is the exact date of the relaunch? How the business model works? Which influencers are already on board? How does the app work? Will be better than other social platforms? We try to answer all the questions.

No.1. When will Tsū relaunch??

This is probably the most common question. Tsū was planning to relaunch around March-April for the Beta testers (people who pre-register, they can test the app earlier), but then the coronavirus rewrote the plan, a bit, so there is a little delay now.

Now there is a big information overload in media about coronavirus, so this shift is understandable. In this media-noise Tsū would get less attention. But probably in weeks Tsū will appear on the horizon. We would say in May or June. But when you are the CEO of this big project, there is a lot of factor what you have to keep in mind when considering the exact launch of the social app.

“I heard that Tsū will pay me just for using the app. Is it true?”

In this form this is not totally true.

Tsu will share the ad revenue (up to 50%) generated by your content and there are some other income possibilities too (read it in the next question). So basically if you are a content creator this social platform is gonna be your “friend” and yes, pays the half of the ad revenue back to you. This is the most galant behaviour between the social media platforms. Even Youtube pays only a little amount of this.

But if you only scroll through the posts and don’t create any content, you shouldn’t really expect a big income. Only if you have invited some other users during this time. (see the next question!)

However, if you are not here to earn money, just use a more fair Instagram alternative, you can still support your favorite influencers, favorite channels with your attention. If the app is good enough it won’t really matter on which platform do you follow your role models, right?! 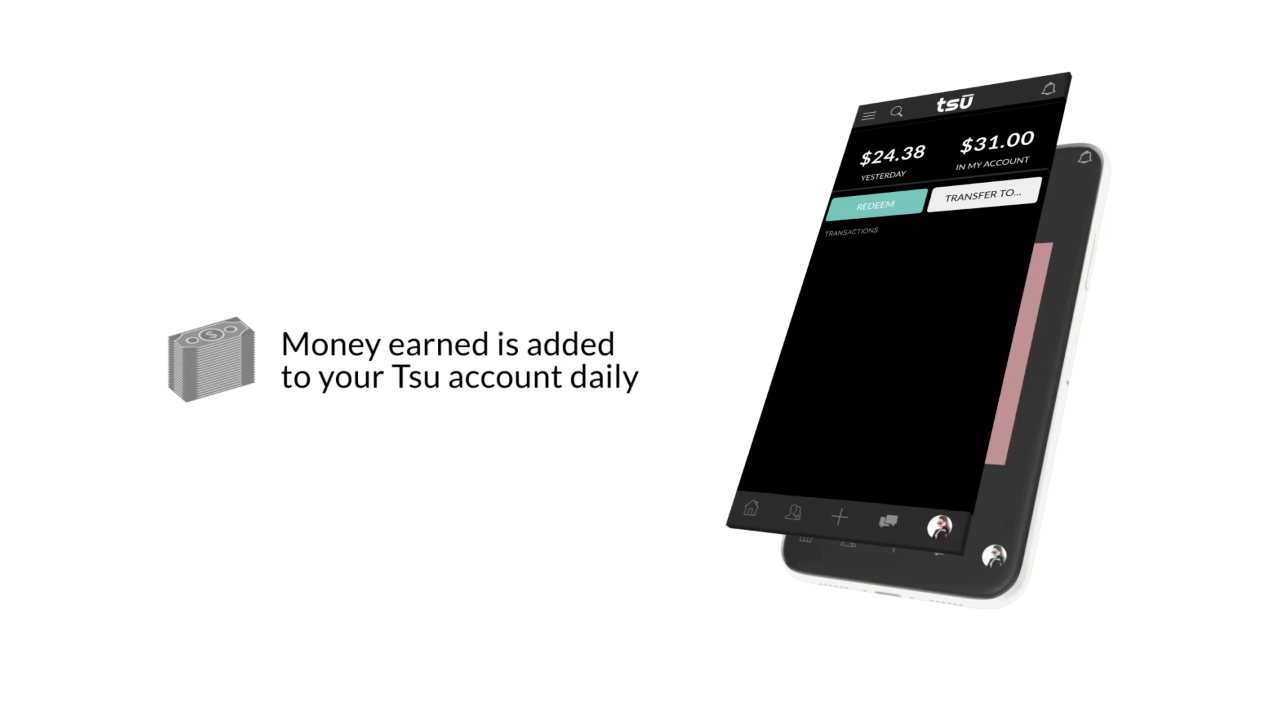 How can I earn money on tsu.social?

There are 3 different ways.

Method 1.: posting! Post your pictures, videos, texts, links, etc, and get views. The platform will advertise on your content and share the ad revenue back to you. Lets say you write an interesting post, some people shared it and finally it has generated 1.000 views and 5 dollar ad revenue to the platform. You will get 2.5 dollar, with this single post. 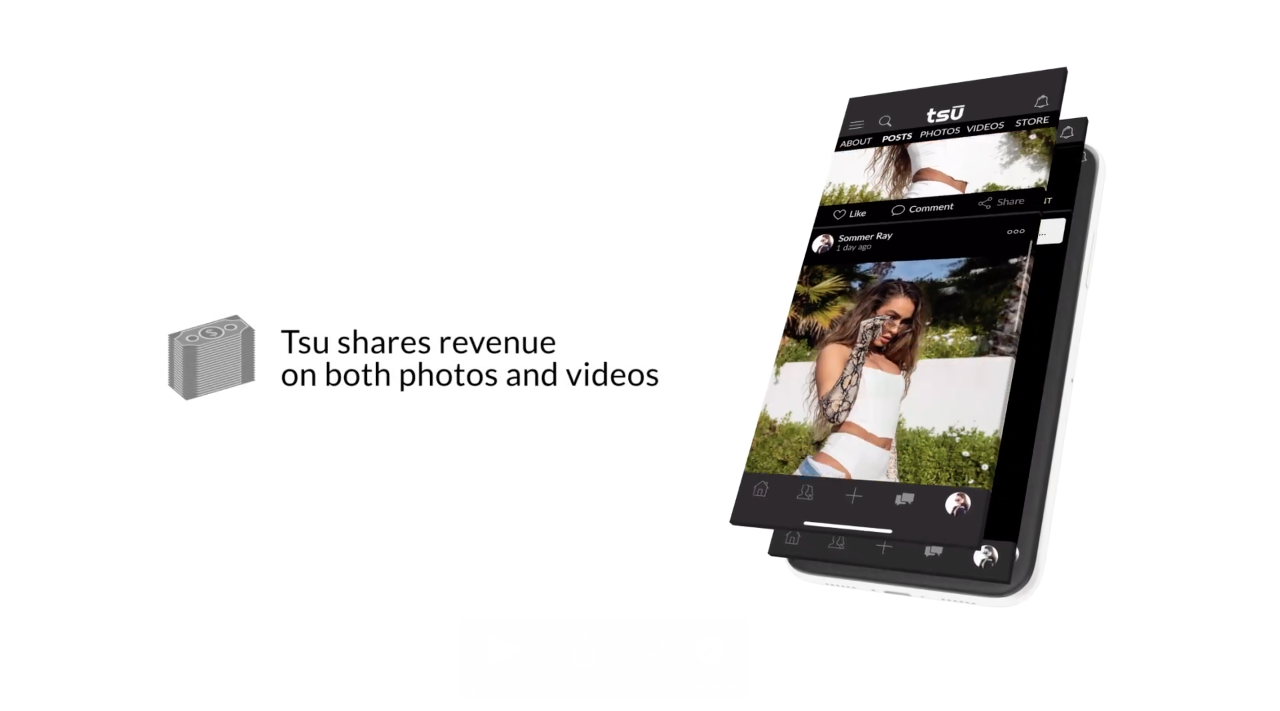 Method 2.: affiliate! If you recommend a product on the platform, and somebody will buy it, you will be able to get some percentage of the price. (Once we got the exact numbers, we will refresh the answer with the exact details. Soon.)

Method 3.: invitation! This is the most interesting, and works only if you really believe in Tsū. If you invite other people / influencers / artists / content creators to the platform (most likely you will be able to do that BEFORE the launch of the app) and they will generate ad dollars later, you will get 10% of it, forever.

Imagine, whats gonna happen if some million-followers celebrity would join via your invite link. It’s called passive income. And now, you have the possibility to do for it.

But don’t fall into the trap of numbers. Please select it well, who do you send your referral link. They will build this community from the beginning… And it does really matter, what kind of content we will see day for day. So don’t make a spammy site again. (Let’s be honest: the first version of Tsū in 2014-2016 was a bit spammy.)

It will determine the future of Tsū. So now, we can choose the right people with uplifting content, to make a great online community with full of creative minds, artists, dreamers and leaders.

I remember for the old tsu.co site, from 2015… Will tsu.social the same? Did they change anything in the app?

Basically the functionality of the app will be similar like last time, however it has developed a lot. There will be some new features too, like live video editing (before posting a video, you can cut the end of it for example). You will be able to see stats about your posts, so you will see how your content is performing on the social network. 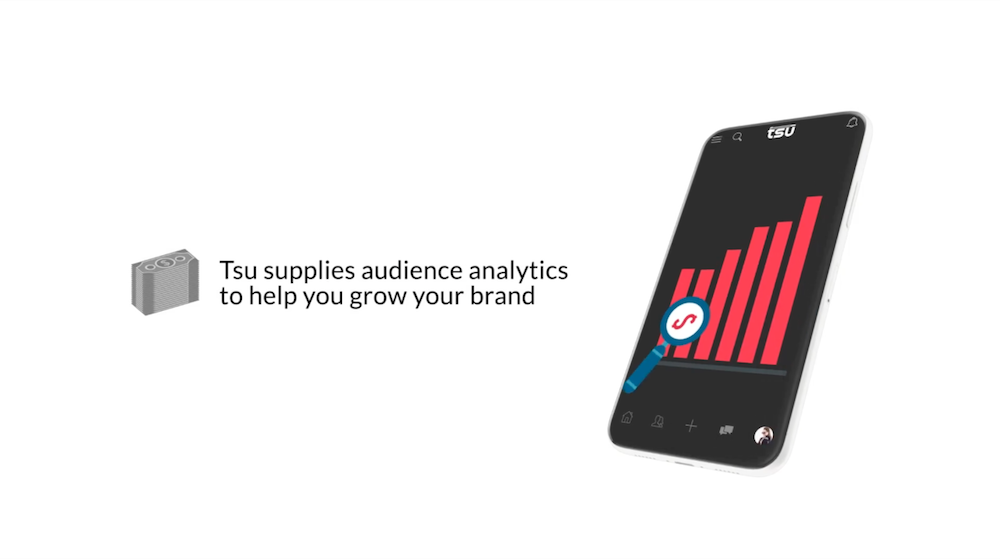 Theoretically the Tsu Team is working hard on spam-filters and new rules in the algorythm. So hopefully no chance for spam on “Tsū 2.0”.

The rewarding model will be based on user engagement – as John Acunto said to the zdnet.

Will they release new features?

Yes. In one of the early Tsū Live videos John Acunto told also, that there will be tools what we don’t have on other social platforms yet. It sounds promising. One of these is related to live videos… 🙂

The design has changed too: the main colors: black and gray. You will see: Tsū became elegant.

“Why pre-registration is a big deal? I can wait for the public launch.”

To understand why pre-registration is a big deal, imagine 2 option. These are just fictions, based on realistic calculations:

A) You have a talent, for example you are a great singer / you have a unique content idea to post in the social media. But you decided no to pre-register in Tsū. You join only later when the big mass + and big noise is there. Slow process to succeed (years..) But still, you like the app, and no doubt it is a trend, so you want to ride the waves. A few years later you are in a quite good position, your content is performing well. You have a massive follower base (140k), who are engaged with your posts. Let’s say you have generated 100k views a day, and 200 dollars ad revenue to the platform (with a single video). You will get 70-80 dollars from that, for that single video. (This is just an example, in the early days of Tsu, this is not possible, only a few years later, with a bigger audience.)

B) You are a simple user, but joined in time and invited 20 friends (1-2 famous influencers too). Your audience is growing from the beginnning very fast, because in the early days there are not so many people on Tsū – yet. But 1-2 years later, when its skyrocketing you are enjoying your position, you have big numbers, and a big fanbase. Let’s say, you have the same amount of followers like A) version’s singer. You generated also 200 dollars ad revenue with your content (remeber, it can be any content, video, picture, post, etc.). From that, Tsū will give you 100 dollars (people who pre-register lock in a 50% payout rate) + 10% of the ad revenue generated on that 20 friends content, which is for example (6x 0 dollars + 9x 0,1 dollars + 3 x 1 dollars, 2x 4 dollars, 1x 12 dollars) 23,9 dollars. So in total 100 + 23,9 = around 124 dollars.

So it is also about trust. If you don’t believe Tsū will be succesful, you can ignore this thing.

But if you give only 1% chance that Tsū will be at least so popular like Instagram (even only 4-5 years later), then it really matters what you do now.

No. You can earn an extra 10% from the ad revenue of the members invited by you, but you won’t be rewarded for their network. And this offer is valid only for a limited time, it is a pre-registration & early bird deal.

From the three Tsū will be similar like Instagram. In functionality it will be a bit better, with “brand new” features, that you have never seen on other social media platform.

How many big Influencers are on Tsu.social?

Publicly you can see some big name, but this is not all. Probably ten thousands of influencers will join in the next few weeks and months. Tsu is scheduling to release the biggest influencers week for week, day for day. The biggest celebrities are so far: Sommerray (Tsū’s Ambassador), Rayj, Hitmaka, Karencivil, Tikibarber, Bluefacebleedem, Losangelesconfidental (the list will be updated regularly).

Will tsu.social a social media trend in 2020?

Put it together. There is a

And there is a user / content creator, who wants to get paid. So what do you think, will tsu.social a social media trend in 2020? Our answer: there is a big chance for that.

What are the odds that it will fail again?

Tsū’s success is not determined. The team and the marketing strategy has to be very concious as well. For sure, there is a chance also for that that Tsū will fail again. But they promised, Tsū won’t be spammy. They promised cool new features. They promised a sustainable business model, with a reasonable payment rate. So probably everything is set up for the success. Maybe slowlier but in time it will become a real Facebook rival.

There is only one risk that worth considering. What happens if the average people who don’t really create (so much) content (and therefore they won’t really have big income) are lazy to move from Instagram? Will the app really better in functions? More funny? More engaging? This question has to be answered by the developers. We do really hope that Tsū will beat all the other social media sites in functionality too.

“Why I should register on it? I have Facebook, Instagram, and it works cool… I don’t need an other social site…”

Well, you know. Later, when a big mass is moving towards Tsū, probably you will change your mind. But if you would decide it now, you could be among the early adopters, and you could benefit from it too. It is your choice. Pre-registration is only a 3 min process. Mainly it is about trust. If you don’t trust in Tsū’s success, don’t lose your time.

The official Tsū FAQ you can read here. This article will be updated with more and more questions, soon.